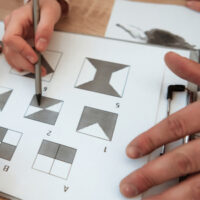 A new study revealed that unreliable IQ and psychological tests are leading to junk forensic science being used as evidence in criminal trials, and this is ultimately influencing juries and judges to make life-and-death decisions for criminal defendants. Specifically, one-third of psychological tests used in recent court cases were never reviewed in prominent manuals and, of those that were reviewed, only 40 percent were considered to be favorable. In addition, almost 25 percent were considered to be unreliable.

In other words, not only is there a huge variability in the psychological tools being used in US courts, but junk science is not being filtered out as it should be, and legal challenges to the validity of these tests are only occurring in less than three percent of all cases. While judges and attorneys rely on experts in the field to ensure that any tests used to present evidence are reliable, based on the study, it is apparent that this is not occurring.

How Are Psychological Tests Used To Convict Defendants?

These psychological tests or assessments are used in cases to find potentially underlying psychological disorders or other factors that may be associated with certain medical conditions and/or psychological deficits. Assessments are then used to help understand the health status of individuals who are in the legal process in order to assist juries, etc. by providing them with scientific data gathered from the psychological evaluations.

Previous Reports Highlight the Same Problem – Why Hasn’t It Been Addressed?

This new research is highly relevant because the fates of a number of criminal defendants are determined based upon tests and assessments like these. However, it is by no means the first report that has found a strong link between questionable forensic science and wrongful convictions: In 2009, the National Research Council released a report that went into extensive detail concerning testimony that was based on faulty forensic science analyses. According to the report, this testimony could have contributed to a number of wrongful convictions. While the courts are supposed to filter out junk science based what is dictated in the federal rules of evidence, unfortunately they are not doing so.

The study found that the most commonly used psychological test is the Minnesota Multiphasic Personality Inventory, followed by the Rorschach test, which has long been controversial and considered to be both ambiguous and subjective.

If You Have Been Accused of a Crime, It Is Imperative That You Work with A Defense Attorney Who Knows Forensic Science

The Baez Law Firm specializes in the use of forensic science in criminal defense. We do not accept what the police or prosecutors present when it comes to evidence because we know that serious mistakes can cost lives. Let our Orlando forensic science lawyers help you. Contact our office today to schedule a free consultation.