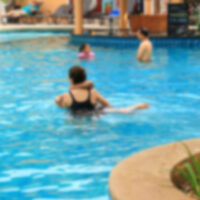 Civil rights laws do not just protect you from racial discrimination by the government. Many of these laws also apply to private parties as well. For example, 42 U.S.C. § 1981 is a federal statute that guarantees the equal rights of all people to “make and enforce contracts.” This means that if an act of racial discrimination causes you a contractual injury, you have the right to seek damages in court.

As the U.S. 11th Circuit Court of Appeals explained in a recent decision, Ziyadat v. Diamondrock Hospitality Company, a person may bring a § 1981 claim based on circumstantial evidence alone, even when there is no allegation of “direct” discrimination by the offending party.

In this particular case, a man alleged he was evicted from a Florida hotel based on the alleged racial bias of a hotel employee. The plaintiff, who is Arab, booked an eight-night stay at the defendant’s hotel for himself and his fiancée. According to the plaintiff, on the fourth day of his stay an employee at the hotel’s pool started staring at him. More precisely, the employee stared at a tattoo on the plaintiff’s bicep, which included Arabic lettering. The plaintiff said the employee then told him, “You don’t look like you belong here. What are you doing here?” The plaintiff said he was a guest of the hotel, but the employee said she was “calling security.”

The plaintiff’s lawsuit effectively alleges he was singled out at the hotel that day because he was Arab. The employee who confronted them at the pool had an anti-Arab bias and that led her to fabricate the story about the plaintiff’s inappropriate conduct as a pretext for the eviction. As such, the hotel’s eviction was an act of racial discrimination that violated the plaintiff’s contractual rights.

A federal trial court dismissed the lawsuit, holding the plaintiff had failed to allege any facts that, if proven, would show there was any “racial animus” on the part of the employee. But on appeal, the 11th Circuit said the plaintiff’s allegations were sufficient to survive a motion to dismiss. Even without an allegation of “direct discrimination”–e.g., the employee using racial slurs–the “circumstantial evidence” alleged in the complaint could support an inference that the plaintiff “was treated differently from” other hotel guests who were not Arab. Furthermore, the plaintiff did tie the employee’s alleged conduct to a “contractual injury,” namely that he was evicted from the hotel and not given a refund for the remaining days on his reservation.

Racial discrimination, in any form, has no place in our society. If you have been the victim of such discrimination and need legal advice or representation from a qualified Orlando civil rights attorney, contact the Baez Law Firm today to schedule a free consultation.