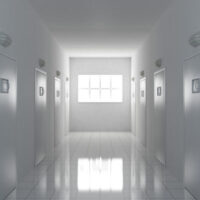 With most crimes, a person serves their sentence and can try and move on with their lives. But that is not always the case for people convicted of sex crimes. Florida law makes it possible for prosecutors to seek involuntary civil commitment of a person who has already served their criminal sentence if they are deemed a “sexually violent predator.”

Now, not everyone convicted of a sex crime is considered a sexually violent predator. Under Section 394.912 of the Florida Statutes, this designation is reserved for individuals who (1) have been convicted of a sexually violent offense; and (2) suffer from some “mental abnormality or personality disorder” that makes them “likely” to engage in future acts of sexual violence absent confinement.

Indeed, the Florida First District Court of Appeal recently reversed a Duval County judge’s decision to grant summary judgment to the state in a civil commitment proceeding. Summary judgment is a procedure used when the relevant facts of a case are not in dispute and thus an extended trial is unnecessary. But in this particular case, Ridenhour v. State, the appellate court said the trial judge improperly applied this procedure.

The subject of this particular case completed a sentence for sex-related crimes 15 years ago. At the time of his scheduled release from prison in 2007, prosecutors moved for civil commitment. By law, the subject had the right to demand a trial on this issue within 30 days, but he waived that right, and as the First District noted the case “then bogged down for years.”

When the case finally did make it before a judge, the state’s evidence consisted of the opinions of clinical experts who believed the subject met the statutory criteria of a sexually violent predator. The subject filed his own affidavit disputing these conclusions. The judge decided to grant summary judgment to the state and ordered the subject’s civil commitment.

On appeal, the First District held the trial judge erred in deciding this case by summary judgment. Without expressing any opinions on the merits of the case, the appellate court said the trial court could not simply dismiss the subject’s affidavit, which contained his “personal knowledge of the facts” of the case, which in turn disputed the facts presented by the government’s experts. The only way to resolve this dispute, the First District concluded, was to hold a full trial.

A sex crimes conviction can have long-lasting consequences that go well beyond jail time. That is why it is important to work with an experienced Orlando sex crimes lawyer if you have been charged with such offenses. Contact the Baez Law Firm today to schedule a free consultation.