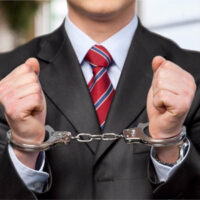 It is not unusual for people to fall behind in paying their taxes. But there is a difference between an honest person who is simply unable to pay and someone who intentionally tries to avoid paying. The government can–and will–prosecute people in the latter group. Fortunately, there are ways to resolve tax disputes before it gets to a criminal trial. But again, if you try and cheat the system, you will find yourself in significantly more trouble than you expect.

Appeals Court Declines to Reverse Conviction for “Obstructing” the IRS

The United States Court of Appeals for the 11th Circuit recently addressed such a case. In United States v. Graham, the defendant owed the Internal Revenue Service (IRS) over $3.6 million. Prosecutors then alleged the defendant tried to pay that tax bill with a fraudulent promissory note. That led to criminal charges of “passing a fictitious financial instrument” and “endeavoring to obstruct the administration of the Internal Revenue Code.” This second charge is what made its way up to the 11th Circuit.

First, here is some additional background on the case. The defendant made millions running bingo games. Unfortunately, the IRS said the defendant “paid only a portion” of the income tax owed on this income. In 2009, an IRS official sent the defendant a notice of “intent to levy.” This is basically the final step the IRS takes before taking formal collection action against a taxpayer. After the defendant received this notice, he decided to open talks with the IRS.

A jury found the defendant guilty of passing the fraudulent bill of exchange and obstructing the administration of the Internal Revenue Code. He received a four-year prison sentence. On appeal, the defendant argued there was insufficient evidence to support the obstruction conviction.

The 11th Circuit disagreed. As the Court explained, historically there were only two things the government needed to prove on this type of obstruction charge: First, that the defendant “knowingly tried to obstruct or impede” the IRS; and second, that he “did so corruptly.” In 2018, however, the U.S. Supreme Court added a third item to the list: Proving there was a “nexus between the defendant’s conduct and a particular administrative proceeding, such as an investigation, an audit, or other targeted administrative action.”

The main issue before the 11th Circuit in this case was whether the IRS’s collection activity against the defendant fell within this definition of “particular administrative proceeding.” The Court held that it did. Indeed, the judges said this was not even a close call. This was not simply a case where the defendant paid a tax bill with a bad check. “For years,” the Court noted, “the IRS took targeted administrative action against [the defendant] well beyond the ‘ordinary course’ of the agency’s interaction with taxpayers.”

Even non-violent crimes like tax fraud can lead to serious prison time. That is why you need to take such charges seriously. If you need representation from a qualified Orlando white collar crimes attorney, contact the Baez Law Firm today to schedule a free consultation.