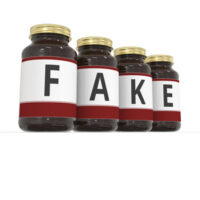 Prosecutors Charge Man with Possession of Rocks That Were Not Cocaine

In a recent decision, Graham v. State, the Florida Fourth District Court of Appeal clarified that the statute requires proof that the “counterfeit substance either be labeled or identified as a controlled substance.” Put another way, if a police officer merely finds something that might be confused with a controlled substance–but is not labeled as such–then there is no crime.

The Graham case began with a traffic stop. Two detectives pulled a car over after observing erratic driving. During the stop, the detectives conducted a pat-down search of the driver, who was the defendant in this case. The search recovered a “cigar tube” with some rocks inside. The detective thought the rocks might be cocaine. The defendant told the officers he had purchased the rocks also assuming they were cocaine, but they turned out to be fakes. Subsequent testing revealed the rocks were in fact not cocaine.

Prosecutors nevertheless charged the defendant with possession of a counterfeit controlled substance with intent to sell and related charges. A jury found the defendant guilty and he received a four-year prison sentence.

On appeal, the Fourth District reversed the conviction on the possession with intent to sell charge and entered an acquittal. The appellate court agreed with the defendant that the state failed to present any evidence that the rocks found inside the tube were labeled or identified in any way as cocaine or any other controlled substance. The whole point of this particular offense was to address situations where people deliberately “mislabel” substances to pass them off as drugs.

On one level, it may seem absurd that the government would prosecute someone for having rocks in their pocket. But cases like this illustrate just how aggressively Florida prosecutors pursue potential drug crimes. It also shows why you need to work with an experienced Orlando drug crimes lawyer if you are facing such charges. Contact the Baez Law Firm today to schedule a free initial consultation with our Florida criminal defense team.