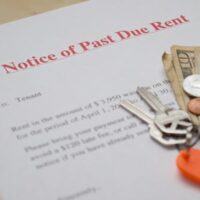 Financial crimes are not always the result of some elaborate organized criminal conspiracy. Oftentimes it is just a case of people struggling to make ends meet. Perhaps they take some money from their employer without asking to help pay a bill. From a legal standpoint, however, such acts are still considered theft. And if enough money is involved, Florida prosecutors may try and bring the hammer down.

A recent decision from the Florida First District Court of Appeal, Amison v. State, provides a cautionary tale. This case actually involves two defendants–spouses–who were tried together. The spouses were both public servants who also owned their own business. Unfortunately, the business was losing money and the defendants fell behind on their rent.

Meanwhile, the defendants had decided to hold a fundraiser to benefit the families of three firefighters, two of whom had died and a third who lost a daughter. (One of the defendants was also a firefighter.) The plan was to sell meal tickets to a barbecue dinner at the defendants’ home, as well as associated merchandise.

The fundraiser proved successful, raising approximately $28,000. Yet several months passed and the defendants had not actually distributed any of the money to the firefighters’ families. After local law enforcement started making inquiries, the defendants distributed about $12,400, less than half the total raised. Even accounting for the expenses of the event, that left a shortfall of around $6,700. As all this transpired, the defendants continued to fall behind on their rent and eventually moved out without paying about $12,000 owed to the landlord.

Prosecutors eventually charged the defendants with a number of crimes, including grand theft from the landlord and the families of the three firefighters. The prosecutors also tacked on RICO charges–i.e., enterprise corruption.

To make a long story short, the jury convicted both defendants on most of the charges. The trial judge then sentenced one of the defendants–the firefighter–to 5 years in prison, and both were ordered to pay financial restitution to their victims. On appeal, the First District reversed some of the charges as duplicative (and thus a violation of double jeopardy) but left the bulk of the verdict intact. The appellate court also ordered a new sentencing hearing as the trial court made certain legal errors in calculating the amount of restitution.

Intentionally defrauding someone out of money, whether it is a landlord or a charitable beneficiary, is a serious crime under Florida law. The case above illustrates the lengths that prosecutors can go to when they believe innocent people have been harmed by such conduct. That is why if you find yourself accused of such offenses, you need to treat the matter with extreme seriousness.

Your first step should be to contact an experienced Orlando criminal defense lawyer who can zealously represent your interests in court. Call the Baez Law Firm today or contact us online to schedule a consultation with a member of our team.