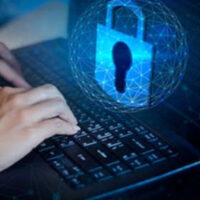 Every day you read stories about computer “hacking.” Some of these stories involve people improperly accessing computer systems to steal money or trade secrets from a large company. But even if you access someone’s personal computer without authorization just to look at their files, even if there is no commercial or profit motive, you are still committing a crime. Indeed, you are committing a federal crime, specifically “fraud and related activity in connection with computers,” as defined by 18 U.S.C. § 1030.

Among other things, section 1030 makes it a felony to “knowingly” access someone else’s computer–or exceed any authorized access to such a computer–for the purposes of obtaining any information on said computer. Again, it does not matter why you are obtaining the information. If and when law enforcement discovers such activities, federal prosecutors can (and will) come down on you.

A recent story from Tampa made national headlines on this very subject. On August 11, the United States Attorney for the Middle District of Florida announced a plea agreement with a Los Angeles man charged with impersonating an Apple customer service representative to “fraudulently obtain Apple IDs and passwords of unsuspecting victims.”

Essentially, the government’s information charged the defendant and at least one other unidentified conspirator with using the improperly obtained Apple IDs to access the victims’ iCloud storage. The purpose of this, according to prosecutors, was to “seek out nude photographs and videos” stored in the iCloud accounts and “collect, share, and trade” them among the members of the conspiracy. Prosecutors said the defendant managed to collect “hundreds of thousands of photographs and videos of such content.”

The information formally charged the defendant with three counts of federal computer fraud and a fourth count of conspiracy. The defendant entered a plea of guilty to all four counts. In his plea agreement, the defendant admitted to conspiring with others to “hack into the Apple iCloud accounts of hundreds of individuals” using the online moniker “icloudripper4you.” He said there were at least 306 victims. In at least 200 cases, the defendant admitted he acted “at the request of people he met online.” The defendant added he did not personally know his co-conspirators.

A federal judge will ultimately decide the defendant’s sentence on his guilty plea. The maximum penalty allowed for each of the four counts is 5 years in federal prison. The government may also seek forfeiture of any assets related to the defendant’s crimes.

For some people, breaking into someone else’s computer or online account is just an exercise in harmless fun. But as you can see, the law considers it a form of identity theft and will not hesitate to prosecute “hackers” to the full extent of the law. So if you are charged with any sort of computer crimes and need legal advice and representation from a qualified Orlando criminal defense attorney, contact the Baez Law Firm today to schedule a free consultation.