Is a Guilty Plea Valid Even if the Prosecution Cannot Prove Its Case? 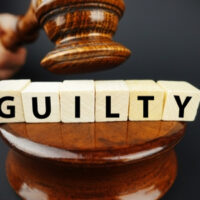 And even when a defendant agrees to plead guilty, the prosecution is still required to present the judge with sufficient evidence to demonstrate there was a legitimate basis for the plea. In other words, the judge must understand that a jury could have “reasonably” found the defendant guilty based on the available evidence. This rule helps to ensure that an innocent defendant does not plead guilty by mistake–i.e., because they were misled into believing the prosecution had evidence that they did not.

It is also important that the prosecution demonstrate it can prove all of the actual elements of a charged crime. A recent decision from the U.S. 11th Circuit Court of Appeals, United States v. Coleman, provides a helpful illustration. In this case, the appellate court reversed a conviction based on a defendant’s guilty plea.

The alleged crime in this case is one that most people have never heard of–violating the Clean Water Act (CWA). Specifically, the CWA makes it a federal crime to dump certain pollutants into the “navigable waters” of the United States. The defendant here worked as a fuel truck driver. After loading the wrong type of fuel into his truck, he apparently decided to dump the incorrect fuel in a parking lot. Prosecutors alleged that the discarded fuel “migrated into adjacent storm water drainage that flows directly into a creek.” That creek connected to two other creeks, which ultimately led to the Ochlockonee River.

The Ochlockonee River was unquestionably a “navigable water” of the United States. But as the 11th Circuit explained, the “unnamed creek” where the defendant actually dumped his fuel was not. The “mere hydrologic connection” between the creek and the river was not enough to prove the “navigable waters” element of the CWA. Instead, the government was required to offer evidence showing this drainage ditch “had a significant chemical, physical, and biological impact” to the river in question.

More to the point, the Court said the defendant “would not have pled guilty” had he understood the government could not prove the drainage ditch was a navigable water. The 11th Circuit therefore vacated the guilty plea and conviction, and returned the case to a trial judge for further proceedings.

Prosecutors are often quick to pressure defendants into accepting a plea deal. While a plea may represent the best outcome for your particular case, it is critical to never make such a decision without first retaining an experienced Orlando criminal defense attorney. Contact the Baez Law Firm today if you are facing criminal charges and need to speak with a lawyer right away.