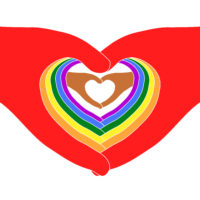 LGBTQ advocates are understandably concerned after the administration recently released an announcement indicating that it would be conducting a federal investigation into whether a school district’s transgender bathroom policy contributed to the sexual assault of a five-year-old girl in Georgia.

According to reports, the school district adopted a policy allowing transgender students to use bathrooms that aligned with their gender identity, and the young girl was assaulted by a male student who identified her as “genderfluid.” Federal civil rights investigators will now reportedly be looking into whether the policy created a “hostile environment for the student and other girls.” However, advocates are concerned because the administration’s complaint was filed with assistance from an organization called the “Alliance Defending Freedom,” which regularly files lawsuits challenging school district transgender policies nationwide. Specifically, many advocates are concerned that the Department of Education plans to use the incident in an effort to further a particular ideology and political viewpoint in these types of investigations, thus placing the protected rights of the LGBTQ community in jeopardy.

This Does Not Appear To Be About Child Safety

Yet, according to studies done on the topic, school policies affirming the rights of transgender students do not increase safety risks or sexual assault incidents committed against children, indicating that is not the specific concern of this administration.

Other LGBTQ Civil Rights at Risk

The confirmation of Judge Kavanaugh to the U.S. Supreme Court brings a number of concerns that the LGBTQ community’s civil rights are in jeopardy. Specifically, in addition to transgender bathroom policies, the following issues could very well come up for review in the high court:

If you live in Florida and your civil rights have been violated due to gender identity-related issues, contact our civil rights attorneys at the Baez Law Firm today to find out how we can help you achieve justice.