Lil Wayne’s Weapons Charges: Can He Really Get Ten Years in Federal Prison Just for Owning a Gun? 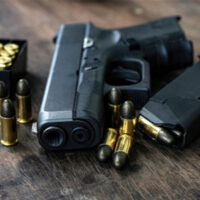 Florida’s gun ownership laws are quite lenient; in most situations, it is legal for most adults to buy and possess firearms.  If you have a felony conviction, though, you can get criminal charges just for having a gun in your possession, even if you do not aim it or fire it.  In fact, the mere presence of a prior felony on your criminal record makes it possible for authorities to arrest you and charge you even if police found the gun stored in a closet when they searched your house.  Furthermore, the prior felony conviction rule still applies even if the felony conviction was for a non-violent crime.  That means that you can get federal charges for illegal possession of a firearm by a convicted felon if police find a hunting rifle in your closet (you have had it for years and only ever used it for hunting) just because your record includes a previous conviction for drugs or repeat DUIs.  Of course, this rule is enforced arbitrarily, and the charges have as much to do with the fact that the police decided to look for your gun as they do with the fact that you own it.  Illegal possession of a firearm by a convicted felon is a federal offense and can carry harsh penalties, including up to ten years in federal prison.  If you are facing federal weapons charges, contact an Orlando federal crimes defense lawyer.

How Lil Wayne’s Prior Conviction Affects His Current Criminal Charges

Lil Wayne has never shot anyone.  He has, however, had his share of legal trouble, mostly stemming from several incidents from his tour in 2007 and 2008.  Searches of his tour bus in a handful of states yielded illegal drugs (including the now much less illegal marijuana) and sometimes firearms.  His two felony convictions, however, stem from a charge for illegal possession of a firearm in New York; the gun was actually registered in the name of Wayne’s tour manager.  Lil Wayne pleaded guilty to the charges in early 2010 and was sentenced to a year incarceration on Rikers Island.  Meanwhile, he was also accused of drug possession in Arizona, but he posted bond and continued his tour.  He pleaded not guilty to the Arizona charges, but by the time of his trial, he was incarcerated in New York, so he was convicted in Arizona and sentenced to probation.

Wayne was released from Rikers Island in November 2010 after serving eight months of his sentence, and he stayed out of trouble for almost a decade, but his case shows how a criminal conviction, even from another state, can follow you around.  In December 2019, Lil Wayne was arrested in Miami after police found a handgun in his luggage.  Because of his prior conviction, he now faces federal weapons charges, and if convicted, he could face ten years in prison.  It is notable that ten years is the maximum sentence, and he could receive a lesser sentence, if any.  Lil Wayne has yet to enter a plea and, like all defendants, he is presumed innocent until proven guilty beyond a reasonable doubt.

Reach Out to Us Today for Help

Even if you already have a conviction of your record, hiring a skilled Orlando federal crime lawyer in your federal weapons case can still make all the difference.  Contact the Baez Law Firm for help today.