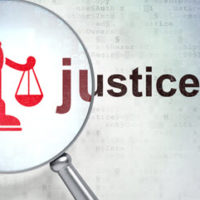 Forensic DNA occupies a controversial place in our criminal justice system: On the one hand, it can serve as a valuable tool to link suspects to the scene of a crime. On the other hand, some forensic testing methods have come under fire for accuracy and reliability problems, especially given that there has never been a standardization of tests.

However, a new database out of Rutgers University-Camden may help bring reform and reliability to the interpretation of complex DNA evidence. What has long been needed in the field is a set of standards established for labs with a series of criteria involving critical thresholds for match statistics. This becomes an issue when genetic material found at a crime science comes from more than one person, as scientists will frequently play a major part in determining whether a suspect contributed to an item of evidence after finding partial matches.

Free To the Public

The new database—titled Project Research Openness for Validation with Empirical Data (“PROVEDIt”)—will allegedly help reduce the risk of misinterpreting the DNA profile. The team of researchers behind the project developed computational algorithms to sort through DNA combinations in one piece of evidence, taking into account their prevalence in order to determine whether the material came from one or more individuals. The database consists of 25,000 samples and is free to the public, allowing for it to be used in the furtherance of criminal justice reform. Specifically, forensic laboratories can now use the database to either validate existing interpretation protocols, or developing new ones.

Forensic scientists contributed to the development of the database, as did computer science experts, who implemented software systems to determine the likely number of contributors in a given DNA sample and helped to develop associated statistics to demonstrate the likelihood that a particular individual contributed to the sample. The methods being empirically driven were very important to those behind its creation.

The importance of developing new tools like this—tools that can differentiate between an individual who committed a crime versus someone who was simply present at the crime scene at some point—cannot be overstated. As revealed in a special investigation recently featured in The Nation, disastrous flaws in forensic science have affected thousands of criminal convictions. Many prominent scientists and criminal justice experts have questioned the “pattern-matching” disciplines that are involved in many forensic science techniques.

If you have been arrested for a crime that involves DNA evidence, it is crucial that you work with a criminal defense attorney who understands the nuances of forensic science and how it is applied to evidence used in the courtroom.

At the Baez Law Firm, we have the skill to ensure that justice is done. Contact us today for a consultation and find out more.