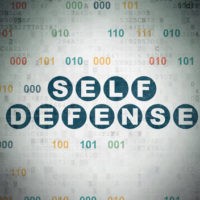 On February 26, 2015, Susan Joy Jacobson murdered her common-law husband, Marvin Neal James, during what she claimed was another episode of domestic violence. According to Jacobson, James kicked her then pregnant belly. After a brief struggle, she got up and, in what she thought was a race, ran to get James’ gun. She got to it first, turned around, and shot him. On Friday, October 28, 2016, the Coconino County Superior Court judge sentenced to her a natural life in prison without the possibility of parole for the murder of her husband. While James’ family was happy with the outcome of the trail, Jacobson is determined to appeal, as she claims she shot her husband in self-defense.

At The Baez Law Firm, our criminal defense lawyers are on your side. If you committed an act of self-defense that resulted in the death of another human being, call our Miami law firm right away to get the defense you need at this critical time in your life.

In 2005, Florida enacted the “Stand Your Ground” law, which can be viewed in Sections 776.012 and 776.013 of the Florida Statutes. Under this law, a person is justified to use deadly force, and does not have a duty to retreat, if either of the following apply:

Under the Stand Your Ground law, an individual is not forced to first use every reasonable means within his or her power to avoid danger, including retreat. So, if a person is in danger (as Jacobson was), and if she truly believed her death to be imminent, why was she found guilty of her husband’s death?

The Five Principles of Self Defense in Florida

In order for a self-defense case to work, the defendant must be able to prove the following five principles to be true:

In the case of Susan Joy Jacobson, it is likely that she did not meet principles two, three, four, or five, or at the very least, her defense did not include strong enough evidence to prove those principles to be true.

If you have been charged with murder but you acted in self-defense, it is imperative that you seek the help of an experienced Miami murder defense lawyer right away. Murder is no small charge, and if convicted, you face the possibility of life in prison. To protect your rights and your future, work with a criminal defense lawyer with a proven track record for success. Our homicide defense lawyers at The Baez Law Firm possess that track record.

Do not leave your future in the hands of a public defender or defense lawyer who has no experience in dealing with murder or homicide charges. Call The Baez Law Firm at 800-588-BAEZ to speak with an lawyer who will get results.