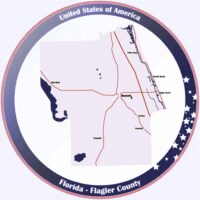 According to a report from ClickOrlando, thirteen people have been arrested as part of a large-scale drug bust in Flagler County. A representative of the Flagler County Sheriff’s Office told reporters that 28,000 grams of illegal narcotics, including fentanyl, were recovered. Sheriff Rick Staly called it enough fentanyl “to kill the entire population of the Palm Coast.” Here, our Orlando drug crimes defense attorney provides a more in depth overview of the drug bust announced in Flagler County.

Florida is Cracking Down on Drug Trafficking and Distribution—Especially Fentanyl

There has been a spike in drug overdose deaths in recent years. According to data from the National Institute on Drug Abuse, drug overdose deaths nationwide have nearly quadrupled since 2002. The sharpest spike came between 2019 and 2020. The epidemic has been blamed on a number of different factors, including the prevalence of fentanyl. Florida is cracking down on fentanyl trafficking and distribution.

On May 19th, 2022, Florida Governor Ron DeSantis signed legislation targeting opioid dealers and traffickers for even more harsh criminal penalties. With a focus on fentanyl, the bill puts reforms into place that calls for “enhanced penalties for the sale and distribution of opioids.” The law also affects other illegal drugs, including methamphetamine. Here are three key points to know about Florida’s 2022 crackdown on distribution of certain types of narcotics:

Speak to a Drug Crimes Defense Lawyer in Central Florida

At The Baez Law Firm, our Orlando criminal defense lawyer is an aggressive advocate for justice. If you or a loved one is facing any type of drug charge, we are more than ready to help. Call us now or  contact us online for a confidential case evaluation. With a law office in Orlando, we serve communities throughout all of Central Florida, including in Winter Park, Altamonte Springs,  Lake Buena Vista, St. Cloud, Kissimmee, Sanford, Apopka, Belle Island, and Union Park.