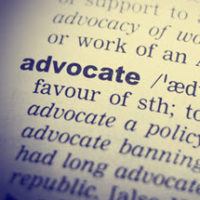 In a trial that has been watched by the nation, on March 31st, the widow of the Pulse nightclub shooter, Noor Salman, was acquitted of aiding and abetting her husband (Omar Mateen) in the nightclub murders, as well as obstruction of justice in association with the shooting incident here in Florida almost two years ago.

These terms involve serious charges; i.e. that an individual aided someone else in the murder of victims and/or helped the murderer escape the consequences of their actions. Below, we discuss them in greater detail.

Under the law in Florida, whoever commits any criminal offense against the state–whether that’s aiding, abetting, counseling, hiring, etc., procuring an offense to be committed–is a principal in the first degree and may be charged as such, even if they were not present when the crime was committed and even if that crime isn’t actually committed, but only attempted.

Many Floridians watched the trial in the hopes of obtaining new information related to their loved ones, such as why some of them died over an hour after the shooting began, and whether more could have been done to rescue them. One issue that was not apparently discussed at the trial was whether or not there were adequate security measures in the nightclub, which brings to mind potential negligent security claims for those who lost their loved ones.

The FBI released few details about the shooting and repeatedly denied requests for information, however, the trial required that some of this information be revealed in the pursuit of justice. Strangely enough, one of the details revealed at the trial was that neither Mateen nor Salman had ever even been to the nightclub. The evidence also disproved that Mateen was specifically targeting the gay community, as he first had his eyes on other localities, including Disney Springs and EVE Orlando.

However, footage also revealed that Mateen had tried to leave the club after his first round, but the presence of police surrounding the building inadvertently forced him back in, whereby he killed more individuals. Many families are now frustrated with the police for not doing more to help effectively address the incident.

Being accused of aiding and abetting a criminal is no small charge. If your spouse has been charged with a serious crime, you need to speak with a criminal defense attorney as well in order to ensure that your rights aren’t violated in the process of investigating that crime, and you do not end up also being charged. We also represent individuals whose loved ones have been taken from them as a result of negligence, and those whose rights have been violated by the police. Contact the Miami-based office of the Baez Law Firm today to find out more.