Supreme Court Sides With Suspended Cheerleader Who Cursed On Snapchat 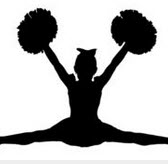 Social media makes it possible for us to communicate with our friends, family, and even complete strangers on a continuous basis. Fortunately, we also have robust protections for freedom of speech in this country, which ensures the government cannot punish us for making critical–even vulgar–statements online. Of course, that has not always stopped certain agents of the government from trying to punish speech they dislike.

The U.S. Supreme Court recently beat back one such attempt. In Mahanoy Area School District v. B.L., the Court addressed the scope of high school student’s right to use vulgar language outside of school grounds and on social media. The student in this case tried out for her high school’s varsity cheerleading squad. She did not make the varsity squad–instead making junior varsity–and she also did not get her first choice of position on a private softball team.

Later, while visiting a convenience store, the student decided to post some photos onto Snapchat. The first image featured the student and one of her friends raising their middle fingers. The caption contained vulgar language: “F–k school f–k softball f–k cheer f–k everything.” The second picture did not contain any vulgar language but did express disapproval of the coach’s decision not to put her on the cheerleading squad. Both images were available to the student’s Snapchat “friends,” which included a number of fellow students, some of whom were on the squad.

When the cheerleaders complained to their coach, they took the matter to the principal. The coaches eventually decided to suspend the student from the junior varsity cheerleading squad for using profanity “in connection with a school extracurricular activity.” After the local school board upheld the suspension, the student and her parents filed a federal lawsuit, alleging the board’s actions violated her First Amendment rights.

The issue before the Supreme Court was whether public schools had any right to regulate student speech that occurred “off campus.” The Court has long held that schools have some leeway to regulate on-campus speech when it “materially disrupts classwork or involves substantial disorder or invasion of the rights of others.” And in reviewing this case, the Court noted there could be cases that could “implicate a school’s regulatory interests” in off-campus speech, such as bullying or threats made against individuals. But this was not such a case.

Indeed, the Court was clear the school board violated this student’s First Amendment rights. The Snapchat posts were “criticism of the rules of a community of which [the student] forms a part.” And given the posts were made on a private smartphone to a closed circle of Snapchat friends, and occurred “outside of school hours from a location outside the school,” the school could not justify the suspension based on some purported interest in teaching “good manners” to students.

Cases like this illustrate the importance of standing up for civil rights, no matter how trivial it might seem. If any public official has violated your constitutionally protected liberties and you need to speak with a qualified Orlando civil rights lawyer, contact the Baez Law Firm today to schedule a consultation.