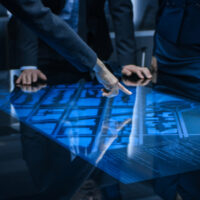 A fraud prosecution case that is currently underway highlights a disturbing trend that involves the government abusing its flexible surveillance powers – which were provided in order to capture foreign spies in the U.S. – to wiretap regular citizens as part of regular criminal prosecutions – often for fraud – that have nothing to do with national security or foreign intelligence.

More than 40 years ago, Congress provided these surveillance powers under the Foreign Intelligence Surveillance Act (FISA), which allows the government to request to wiretap individuals from a special court without first having to establish probable cause, a requirement for wiretapping in all other criminal investigation contexts. Congress presumably assumed that these relaxed standards were necessary for issues related to national security, which sometimes involve time-sensitive, dangerous contexts.

However, the government is now, instead, relying on FISA to deploy intrusive surveillance techniques in the absence of any link to foreign intelligence issues, which implicates the Fourth Amendment and privacy rights of countless Americans who have never even been suspected of committing any crimes.

Yet what is perhaps worse, those charged under FISA are also unable to learn anything that would help them challenge this controversial surveillance, facing tremendous hurdles in exercising their due process rights and holding the government accountable. While criminal defendants normally have the right to review the government’s application to wiretap them in order to challenge any omissions or errors as part of their due process rights, when it comes to FISA, even in regular criminal prosecutions, this is not the case. In fact, in the 40 years that FISA has been around, no defendant has ever been able to review a government’s FISA application.

The Department of Justice Inspector General recently put together a report on FISA abuses which demonstrates why this is a problem. The report examines the number of mistakes and omissions just in the FISA applications to surveil a former Trump campaign advisor. In addition, in 2000, the government itself confessed to omissions and misstatements of material facts involved in 75 surveillance applications it submitted to the FISA court, all involving people targeted for surveillance.

If You Are Charged with A Crime, You Want to Work with The Very Best in Legal Representation

Courts must provide defendants with access to any and all materials that are consistent with their due process rights. If you have been charged with a federal or state crime, contact our Orlando criminal lawyers at the Baez Law Firm to schedule a free case consultation. We are experienced in a wide range of practice areas, and have received national recognition for our superior legal services.