What Is A “True Split” Sentence? 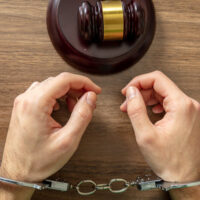 For example, a court might impose a true split sentence of 6 years with 4 of those years suspended. The defendant would then need to serve 2 years in jail followed by 4 years of probation. If the defendant subsequently violated their probation, the judge could then “unsuspend” the remaining 4 years of the original sentence.

A recent decision from the Florida Fifth District Court of Appeal, Dalton v. State, provides a practical illustration of what we are talking about. In this case, the defendant pleaded guilty to two felony drug charges in 2016. The sentencing court imposed concurrent five-year prison terms. After completing a youthful offender program, the trial court modified the sentence and placed the defendant on probation. But the court advised that if the defendant violated probation, the court may “impose any sentence which it might have imposed before placing you on probation.”

About three years later, the defendant admitted to a probation violation, specifically possessing illegal drugs. The trial court then imposed a new sentence on the two original charges–5 years on the first and 11 years on the second, to run concurrently with credit for time already served. The defendant appealed, arguing the 11-year sentence violated the terms of the original sentencing, which was in fact a true split sentence of 5 years.

The Fifth District agreed. The appellate court noted the trial judge’s modification of the defendant’s sentence expressly stated that a probation violation would result in the same sentence that might have been imposed prior to probation. That is to say, the defendant’s original true split sentence. As such, the maximum penalty she faced for a probation violation was the original 5-year concurrent sentence.

Drug charges often bring harsh sentences from judges. That is why it is crucial to work with an experienced Orlando drug crimes lawyer when you are the person on trial. Contact the Baez Law Firm today to schedule a consultation with a member of our criminal defense team today.