What Is The “Independent Act” Defense? 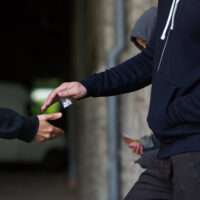 Generally speaking, if two people conspire to commit a crime, they are both guilty of that crime, regardless of the specific role that each person may have played. But what if one person goes beyond the scope of the “agreement”? In other words, what if one conspirator decides to commit an additional crime that the other conspirator never consented to or recognized might happen?

Under Florida law, the conspirator who did not participate in the subsequent crime may have what is known as an “independent act” defense. Essentially, a defendant can argue to the jury that someone else committed (or attempted to commit) the charged crime and that (1) the defendant did not intent to commit or attempt that crime, (2) the defendant did not participate in that crime, and (3) the crime itself was outside of and not a reasonably foreseeable consequence of the crime they originally conspired to commit with other person.

A recent decision from the Florida Second District Court of Appeal, Gary v. State, provides a good illustration of a case where the independent act defense may apply. Actually, the trial judge in this case refused to instruct the jury on this defense. The Second District subsequently held this was a legal error, and the defendant was therefore entitled to a new trial with the instruction.

Here is what happened. The defendant and another man (the “co-felon”) were smoking marijuana one night. They decided to purchase some additional marijuana from a known drug dealer. The defendant later testified they simply intended to buy drugs. But his co-felon then pulled out a gun and shot the dealer, killing him.

Prosecutors charged the defendant with murder. The prosecution’s theory was that the defendant and the co-felon actually planned to rob the drug dealer. More to the point, the co-felon’s shooting was a reasonably foreseeable consequence of the robbery. By this logic, the defendant was also guilty of murder.

As noted above, the trial judge would not allow the jury to consider an independent act defense. The jury ultimately convicted the defendant of third-degree murder with a firearm. (It acquitted him of first-degree murder.)

The problem, the Second District explained, was that the defendant presented some evidence–namely his own testimony–disputing the prosecution’s claim that this was a drug deal gone wrong rather than an attempted robbery. The defendant maintained he never agreed to rob or kill the dealer, and he did not even know his co-felon had a gun on him at the time. While the jury may not have believed this story, the Second District said it was still the jury’s call to make. The trial judge should not have deprived the defendant of the opportunity to have his defense considered.

The defendant in this case faced 15 years in prison. A new trial could offer him a chance at freedom. Cases like this demonstrate the critical importance of working with an experienced Orlando drug crimes lawyer. Contact the Baez Law Firm today to schedule a free consultation with a member of our team.