What You Need to Know About Florida’s Kidnapping Laws 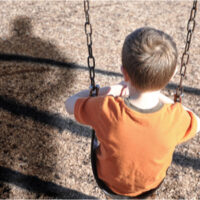 In a criminal trial, the prosecution will often try and charge multiple offenses arising from the same action. For example, if someone is accused of robbing a store, but they also allegedly took hostages during the robbery, they could be charged with kidnapping as well. Indeed, Florida law broadly defines kidnapping to include “confining” or “imprisoning” a person against their will during the commission “of any felony.”

Given that just about any crime against a victim involves some form of confinement, the Florida Supreme Court established a three-part test to help trial courts decide if there is sufficient proof to prove a kidnapping occurred during the commission of a felony. Known as the Faison test, the three parts are:

Appeals Court: Only Some Robbery Victims Were Also “Kidnapped”

It is actually possible for the Faison test to apply to part, but not all, of a single criminal act. A recent decision from the Florida Fourth District Court of Appeal, Parrish v. State, provides a good example. In this case, three men committed armed robbery of an auto parts store. There were six other people in the store at the time. The question for the trial and appellate courts to sort out was which of the six victims, if any, were also legally “kidnapped” during the course of the robbery.

Under these facts, the Fourth District concluded the manager was not a victim of kidnapping because his “confinement and compelled movement was limited to facilitating the robbery itself.” So the prosecution did not meet the first part of the Faison test, which only applies when the forced movement is “incidental” or not necessary to accomplish the underlying robbery.

In contrast, the Fourth District said the robbers actions with regard to three other victims did meet the Faison test. These victims were ordered “to crawl at gunpoint and under threat of being violently dragged to their captivity.” Ostensibly, the robbers wanted to move these victims so they would no longer be visible to the outside. But the appellate court noted these actions were not essential to actually complete the robbery; therefore it was appropriate for the jury to convict the robber on trial of kidnapping with respect to these victims.

Florida criminal law is inherently complicated, especially when prosecutors decide to add multiple charges to an indictment. That is why it is critical to work with an experienced Orlando criminal attorney who will zealously defend your interests in court. Contact the Baez Law Firm today if you need to speak with a lawyer right away.