When Criminal Cases Are Thrown Out Due To Government Misconduct 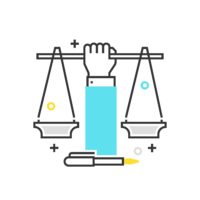 One criminal case that was dismissed due to the local sheriff “spying” on the defense’s notes and jurors’ notebooks has received widespread attention and begged the question as to just how frequently law enforcement and prosecution is involved in similar government misconduct around the country. The incident sparked outrage from criminal and civil rights attorneys everywhere as concerns over citizens’ rights to a fair trial are brought into question.

The misconduct was discovered after one court official noticed that the court’s normally stationary cameras above the jury box was panning, zooming and tilting in on counsel’s tables. Although the sheriff involved claims that he moved the camera due to security concerns over the defendant, and did not read anything, this is the second time that that same county prosecutor’s office has lost a case due to misconduct coming out of the local sheriff’s office.

Misconduct during the Investigation versus the Criminal Proceeding

Getting a case dismissed due to government misconduct is both difficult and rare. While police misconduct during an arrest, search, etc. is prevalent and can result in an individual’s Fourth or Fifth Amendment rights being violated, there are a greater number of constitutional rights associated with the actual criminal proceeding. While an assessment of intent isn’t necessarily involved in reviewing the conduct of police officers, the intent of the sheriff in this case was more relevant to the standard upheld to the conduct of prosecutors, whereby intent is a relevant factor in determining whether misconduct violated a defendant’s rights.

Whether conduct like this warrants dismissing the charges against the defendant, or ordering a new trial, falls under the Fifth Amendment Double Jeopardy Clause, which protects defendants against being subject to the same offense twice. Not only does double jeopardy protection protect against a second prosecution for the same offense after acquittal and conviction, but against multiple punishments for the same offense in order to protect a defendant against governmental overreach. Arguably, if the first trial ended due to misconduct, the Double Jeopardy Clause prohibits a retrial, barring a second criminal prosecution.

Still, this question has presented a continuous challenge to the U.S. Supreme Court, and the issue of whether a court could retry a defendant is still very open and circumstance-based, necessitating that criminal defendants work with the very best criminal defense attorneys in order to ensure that justice is done and the charges are instead dropped.

If you or a loved one has been the victim of police or prosecutorial misconduct, contact our experienced Florida criminal defense and civil rights attorneys at the Baez Law Firm today to find out how we can help.