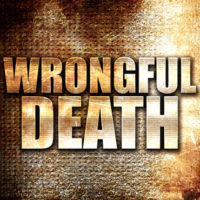 This winter, some several important wrongful death cases around the country were both filed and settled, igniting justice for those who lost a family member due to negligence.

There simply is no replacement for losing a loved one, and for many families, when that loved one is a child who has robbed of their life, ensuring that the individual who caused their death is held accountable is the closest they can come to justice.

In November, a family who lost their daughter after she went in to get her wisdom teeth agreed to a $2 million settlement against the dentist, alleging that due to the dentist’s negligence, their daughter suffered from a number of seizures, went into cardiac arrest, and was declared brain dead at the hospital one week after undergoing the dental procedure. Specifically, the family alleged that the dentist and his staff incorrectly administered general anesthesia and failed to provide proper monitoring during surgery.

On December 5th, a Miami-Dade jury ordered Hialeah motel to pay the parents of a woman who was murdered $12 million due to the staff’s negligence, causing her death. In April 2016, the victim was locked out of her hotel room, during which the hotel staff refused to provide her with help. Moments later, she was then beaten to death by an individual who was allowed to linger on the motel property (in spite of not being a guest), and who was allegedly sold alcohol and provided with assistance by the motel staff. The family also alleged that this individual had a history of sexually harassing certain staffers there.

In November, a family who lost eight of its members in the infamous Texas shooting massacre sued the U.S. Air Force, alleging that it was negligent in its training and compliance measures, which led to wrongful death. The U.S. Air Force has already admitted that it failed to report the gunman’s criminal history and, had it done so, the gunman could not have legally purchased the rifles he used in the attack.

A wrongful death lawsuit was also filed against Greyhound in December after one of the company’s bus drivers ran over a passenger who was traveling on the bus from Seattle to Los Angeles. The driver was allegedly fatigued and acting hostile towards all of the passengers, verbally informing them that he might fall asleep while driving the bus. He then proceeded to run over one of the passengers as he was leaving a stop in Portland.

Florida law allows surviving family members and dependents to recover damages resulting from the death of a loved one. Many find that filing an action can help in feeling that justice has been done for their loved ones and the same thing might be prevented from happening to someone else.

If a loved one has been killed due to someone else’s negligence, we can help: Our wrongful death lawyers have worked to help thousands of families recover in wrongful death cases in Florida and Massachusetts. To obtain additional information, contact us today at the Baez Law Firm.