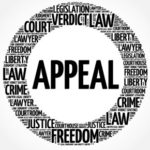 Understanding the Appeals Process in Florida

In 2016 there were over 700,000 arrests for alleged crimes across the state of Florida. While many of these individuals were let go or ultimately acquitted, a large percentage of these were convicted of the crimes they were arrested for. A criminal conviction of any crime is felt as a crushing blow, however it… Read More » 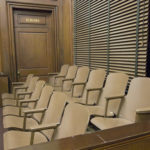 What is Jury Misconduct, and How Can I Fight It?

If you were convicted of a crime that you did not commit, and if you believe that the jury had something to do with the verdict, you may file an appeal on the grounds of “jury misconduct.” Jury and juror misconduct does not occur often, but that does not mean that it does not… Read More »

Do You Have Ineffective Counsel? Signs That Your Lawyer Is Not Working for You

It is every American’s Sixth Amendment right to have “the effective assistance of counsel,” which means that anyone who stands trial for a criminal conviction is legally entitled to a criminal defense lawyer that will effectively “aid in the preparation and trial of a case.” Furthermore, if an accused individual is forced to undergo… Read More »

If you have been tried and convicted of a crime, you are not yet at the end of the road.  The next step for you is to appeal your conviction to a higher court, known as an appellate court.  In Florida, there are five District Courts of Appeal that hear these cases.  In an… Read More »