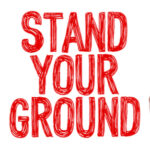 How Can Florida’s “Stand Your Ground” Law Protect Me from Criminal Prosecution?

In recent years there has been a great deal of public attention surrounding Florida’s “Stand Your Ground” law. Much of the controversy arises from cases where the law has been cited to justify the use of deadly force. But the Stand Your Ground rule also applies to situations involving non-deadly force. For instance, it… Read More » 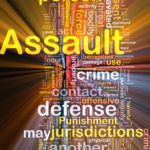 Two Florida police officers are not only being accused of police misconduct, but are also now facing criminal charges—misdemeanor battery—after a video showed them slapping a handcuffed teenager as they were being taken into custody. One of them is also being accused of trying to destroy the video surveillance that captured the activity. The… Read More »

Your Defense to Assault with a Deadly Weapon in Florida

In the state of Florida, simple battery is a misdemeanor of the first degree, as simple battery does not involve the use of aggravating factors, such as weapons, serious bodily injury, or domestic violence. Under Section 784.03, Florida Statutes, simple battery is defined as: The actual and intentional touching or striking of another individual… Read More »

What is Assault and Battery?

Because they are frequently referred to together, many people think of assault and battery as the same thing. In fact, they are two separate crimes. Depending on the circumstances, you may be charged with either one or both. Here are the basics. Assault Contrary to what you may believe, no physical contact is required… Read More »