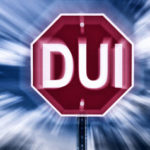 Understanding the Different Types of DUI Charges in Florida

According to the Florida Department of Law Enforcement, there are nearly 50,000 DUI arrests on an annual basis. In the state of Florida, charges associated with driving under the influence (DUI) are often lumped into the singular term of “DUI”. However, many people may not know that there are numerous types and levels of… Read More » 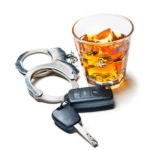 The state of Florida has accumulated almost 10,000 DUI-related deaths since 2003. With all the ad campaigns and educational material available regarding the dangers of driving while under the influence of alcohol or drugs, this figure is particularly shocking. Most Americans have been inundated with the idea of not operating a vehicle when they… Read More »

We have already taken a look at Florida’s DUI laws, but have not addressed the specific crime of DUI manslaughter.  When drunk driving results in a death, the result is often a charge of DUI manslaughter.  This charge is a significant one, and your future can depend on a strong legal defense. What is… Read More »

For many Floridians, the right to drive is central to their ability to earn a living.  Those who drive for work depend on maintaining a clean driving record.  If you are facing a traffic citation, or have a record of repeated citations, a skilled traffic offenses lawyer can make all the difference in protecting… Read More »

Parents of teenagers often grapple with the issue of teen drinking.  How many times have you heard parents say any of these: “It’s just a beer.” “Kids will be kids.” “I drank when I was young and I turned out fine.” “I’d rather have my kids drinking at my house than out in public… Read More »

Driving Under the Influence in Florida

According to WTSP News in Tampa Bay, police in Lakeland recently arrested a Florida woman after she broadcast herself driving drunk via the social media app Periscope. Although the circumstances surrounding this particular arrest are unusual, DUI arrests in Florida are not uncommon. Here is what you should know about Florida’s DUI laws. Blood… Read More »